With so many different condo options in the City of Toronto finding something unique is difficult but impossible. Some developers have taken the easy route and some projects look like boxes in the sky. You can examine what new condo developments are being planned for the city on the following City of Toronto government website. You can see the plans the developers have submitted which usually includes drawings along with numerous other technical papers.

As mentioned in other parts of this website the new development on the waterfront in Toronto by Google could be very interesting. The Sidewalk development could attract more jobs to the area along with creating housing.

When looking at the waterfront in this area the Bayside redevelopment has started. The Aqualina building is located right beside the waterfront. 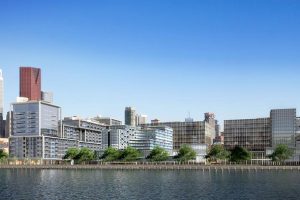 While these new developments are attracting end-user buyers and investors other types of buildings in the city have been built that are truly different.

The reuse of old industrial has happened throughout the city. One great example in the west end of the city is the Foundry Loft building located on Lansdowne Ave in the city’s west end. The building was an old industrial building that was built in 1903 by the Canada Foundry Company Limited. The Canada Foundry manufactured cast iron and steel items including bridge parts, railway tracks,  fences, and staircases.  One very unique item built at this factory are the fire hydrants that are located throughout the city. In 1923, the Foundry was sold to Canadian General Electric and began manufacturing electrical transformers which had an impact in the area because of the toxic process. The building was cleaned up and the site is now home to one of the most unique condos in Toronto. 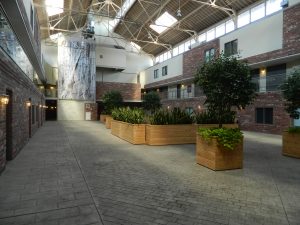 The Tip Top building on Lakeshore Ave is another great example of an old industrial building. The building was designed by Bishop and Miller architects using the well known Art Deco style, the building was completed in 1929 and housed the manufacturing, warehousing, retail and office operations of Tip Top Tailors. The clothing brand and company was founded in 1909. Tip Top Tailors eventually became a part of clothing company Dylex Limited.

In early 2002, the property was sold to Context Development, which converted it into condos. The conversion included the addition of six stories to the building. In 1972, the building was designated as a heritage structure by the City of Toronto. The neon ‘Tip Top Tailors’ rooftop sign was retained and given a slant. It remains a very popular building in the condo resale market.

The Candy Factory Lofts located at 993 Queen St West have one of the best names in Toronto real estate. For over 50 years factory workers produced a true Canadian classic candy, the little rolls of coloured candies known as Rockets that still appear on Halloween.  The building was built in 1907 as a garment factory, but it became home to Ce De Candy Co. in 1963. In 1988 the company moved from downtown Toronto and the building sat vacant for several years. In the mid 90’s the process started to convert the building into New York style lofts. It was one of the first projects of this type and it struggled to sell mostly because Queen West still had not developed into its current state. The location of the Centre for Addiction and Mental Health next door and its clients did not help the process. Now its one of the hottest lofts in the Toronto resale market.

Away from the downtown core, the Scenic condos on Eglinton have a very nice view. Located overlooking a ravine that is part of the Don Valley system the views from certain units will not be replaced in the near future. The ravine system is connected to Sunnybrook Park making it a very attractive location.

Other projects located along the same system The Haven condo development also features great views looking westward into the park.